Press Enter to Search
Something is wrong.
Instagram token error.

Save precious water. Floss your teeth. Buckle up for safety. Those are just some of the truisms familiar to generations of Singaporeans. Since gaining independence five decades ago, the Southeast Asian city-state has seen countless government campaigns aimed to mold citizens who could live up to the nation’s leap from Third World to First. Design has played a central role in these efforts, as evident in the 6,000+ posters preserved in the National Archives of Singapore.

Since its establishment in 1968, this state institution has archived posters as part of its collection of material culture—including government records, maps, photographs, oral history interviews, audiovisual, and sound recordings—that are significant to Singapore’s history. Most of its posters come from government campaigns, with a small number created for cultural events, movies, and corporations.

Scrolling through the posters online via the National Archives website—the only way the public can access them—offers an illustrated history of Singapore’s development and the issues it’s faced. Campaigns came and went, but many were carried out annually for decades. Over the years, the poster collection has become a colorful historical resource referenced by television shows, books, and exhibitions to retell the development of national policies and the public service in Singapore. That the city has become a poster child for business and cleanliness, amongst other accolades today, is due, in no small part, to these posters.

Source: How Singapore Became a Poster Child | Eye on Design 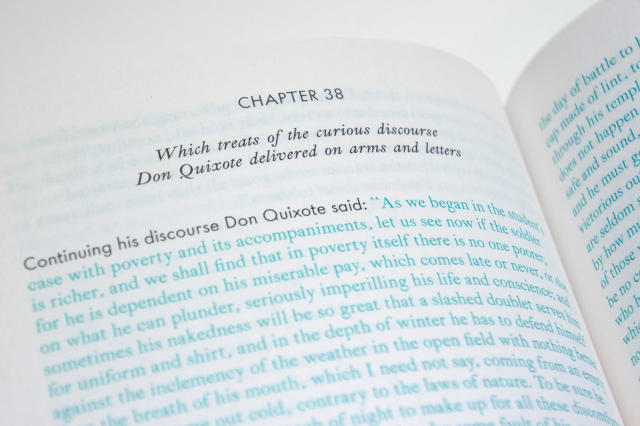 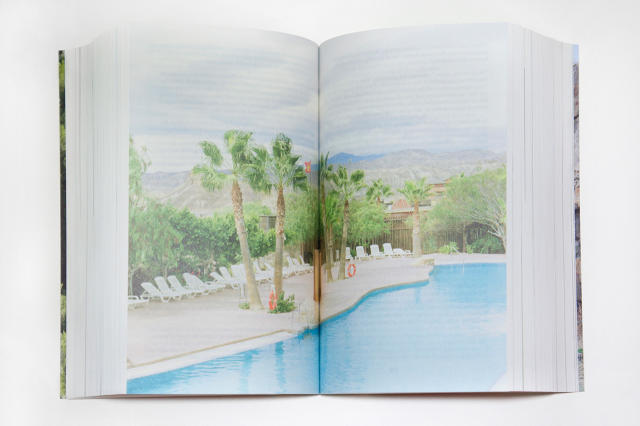 Published by the always brilliant minds at Visual Editions, who previously gave the surreal hypertext of Tristram Shandy this jaw-dropping makeover, this latest version of Don Quixote uses design to explore the meta-fictional nature of the text.

Much of Don Quixote‘s effect lies in the juxtaposition of the way the chivalry-mad title character sees the world, and the way it actually is. The most famous example is Quixote fighting windmills he imagines to be giants. In the Visual Editions version, Quixote’s unique viewpoint of the world is separated from the rest of the text with sky blue fonts, footing the errant knight’s every word firmly in the clouds. 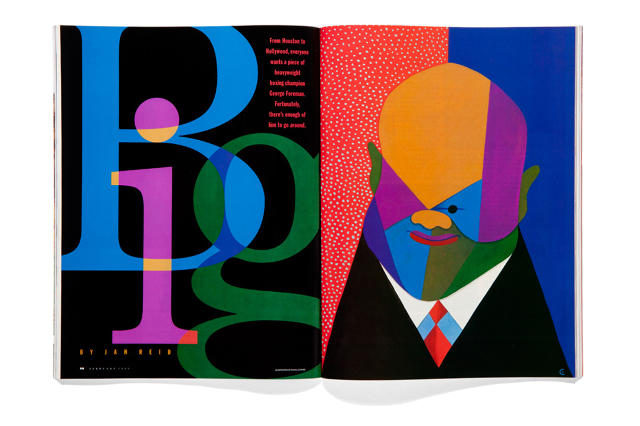 “Everything we do is about storytelling,” Stout says.

Source Pentagram’s DJ Stout: There Needs To Be More Storytelling In Graphic Design

The cover of Texas Monthly‘s July 1992 issue features an portrait of then governor Ann Richards sitting on a Harley-Davidson motorcycle. She’s dressed head to toe white leather, her hair is coiffed in her signature gray bouffant, and she stares confidently at the camera. To DJ Stout, the cover’s designer, this portrait of Richards, 60 years old at the time, was “the perfect metaphor for capturing her salty wit and irreverent personality,” he once wrote. In a fleeting glance, readers knew it wasn’t business as usual at the Texas statehouse. The audacious concept is also one of the perfect examples of Stout’s evocative, eclectic approach to visual design.

Have a world of type at your fingertips with this pocket-sized source of inspiration. Little Black Font Book

This volume is a “revised and improved” version of 2012’s book. Packed with vibrant layouts that bring each showcased font to life, the pocket-sized source of inspiration can be shown to clients – to help convince them of your design – or referenced yourself when creative block strikes.

DJI’s drone cameras have come back down to earth, and have been transformed into a unique and powerful tool for stabilized handheld video. The Chinese company today announced Osmo, a new twist on the action camera that has tremendous potential not only for consumer-level videography, but for filmmakers as well. Sporting a simple pistol grip and one of DJI’s Zenmuse 3-axis gimbal stabilizers, the Osmo brings highly-stabilized 4K video and 120fps HD video right to your hands. The device also offers hyperlapse and timelapse functionality, as well as panoramic shooting.

First up, here are the two introductory videos for the DJI Osmo.

Like the rest of DJI’s cameras, the Osmo needs to be used with a smartphone in order to monitor your footage and change most of the internal settings on the camera. With that said, the pistol grip has some basic functionality built into it, like a record button, joystick for controlling the gimbal manually, and a toggle switch to change the mode in which the gimbal is operating.

Programs like After Effects can be very complex, but there are lots of useful shortcuts and tools that can make your life easier and help you work faster.

Source: 22 Useful Tricks to Save Time & Work More Efficiently in After Effects